Deprecated: Array and string offset access syntax with curly braces is deprecated in /var/www/wp-content/plugins/gravityforms/common.php on line 4151

Warning: "continue" targeting switch is equivalent to "break". Did you mean to use "continue 2"? in /var/www/wp-content/plugins/revslider/includes/operations.class.php on line 2854

Warning: "continue" targeting switch is equivalent to "break". Did you mean to use "continue 2"? in /var/www/wp-content/plugins/revslider/includes/operations.class.php on line 2858

Warning: "continue" targeting switch is equivalent to "break". Did you mean to use "continue 2"? in /var/www/wp-content/plugins/revslider/includes/output.class.php on line 3708 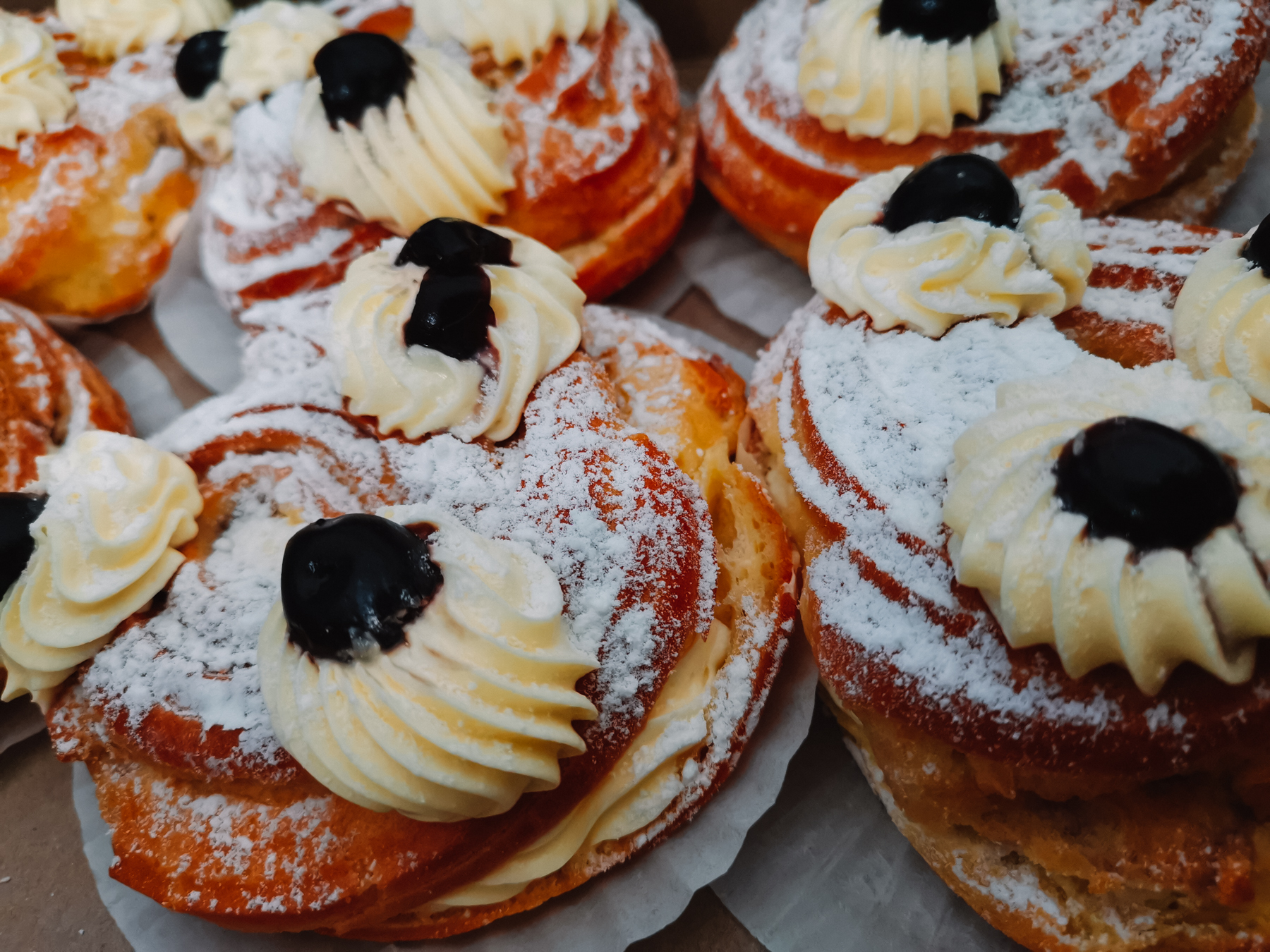 Chances are, if you’re Italian, you know at least one Joseph, Giuseppe, Giuseppina, or Pino. These are a very common names amongst Italians.  Their strong Catholic connections are likely the reason for the frequency of this name (Joseph) and it’s many variations. San Giueseppe day (aka Saint Joseph day) is celebrated on March 19th which also coincides with Father’s Day in Italy.  Saint Joseph is the husband of the Blessed Virgin Mary and legal father of Jesus. A traditional Christian method of organizing a liturgical year is through the calendar of saints. There are many “feast days” associated with saints.  A special “shout out” to Saint Lucia day, which is on my birthday, Dec. 13. Which as why my middle name is Lucia. Very often, there might even be a special pastry/food that is linked to that special feast day on the calendar. In particular, on Saint Joseph’s feast day, the pastry made is Zeppole.  If you visit your local Italian bakery around this time, you will likely see these beautiful pastries on display.

This pastry tradition has its roots in Sicily.  During the middle ages, Sicily suffered a major drought.  Families prayed to their patron Saint Joseph for rain. In return for the rain, and subsequent avoidance of famine, the families celebrated with a meatless feast that included a fried doughnut called Zeppole.  This was eventually declared an official Catholic holiday in 1479. In fact, Saint Joseph was also called “the patron saint of pastry chefs”. Zeppole not only look exquisite, but taste delicious. It is a traditional doughnut-like fritter, frequently piped with a ricotta filling on the top, along with some appealing garnishes.  Move over St. Patrick’s Day and your green beer, San Giueseppe’s Day is just around the corner and a Zeppole is most definitely calling out to you. If you can’t find them at your local Italian bakery, you can find them at my Aunt and Uncle’s Bakery, La Rose Bakery in Milton or my cousin’s bakery, Truscott Bakery in Mississauga.  I know that my husband and I will be sure to seek out this yummy goodness to celebrate San Giuseppe’s Day!!

Sorry, the comment form is closed at this time.